In 2018, we initiated a collaboration with the designers Kwangho Lee (KR) and Max Lamb (UK). We asked them to design experimental objects using local tile materials and production methods, that express the potential and the beauty of Tajimi tiles. With the aim to launch the brand and inspire architects and designers worldwide, the objects were planned to be presented in an extensive installation at the Milan Design Week in April 2020. Due to the Covid-19 pandemic, the exhibition had to be cancelled and is now being held in Tokyo from 31th October until 3rd November 2020. For everyone who was not able to visit the exhibition, you can now enjoy it as a walkable virtual exhibition online here. 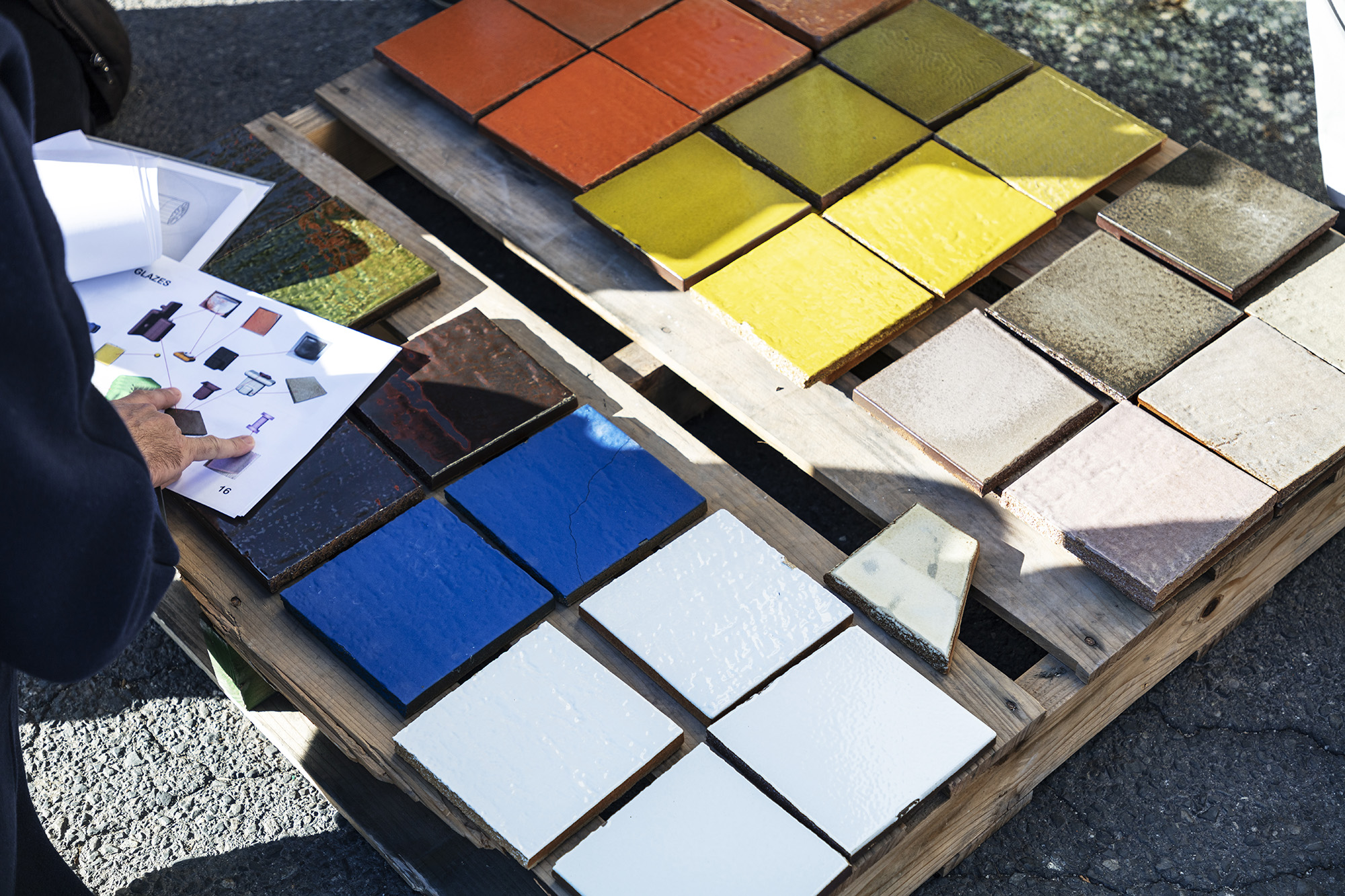 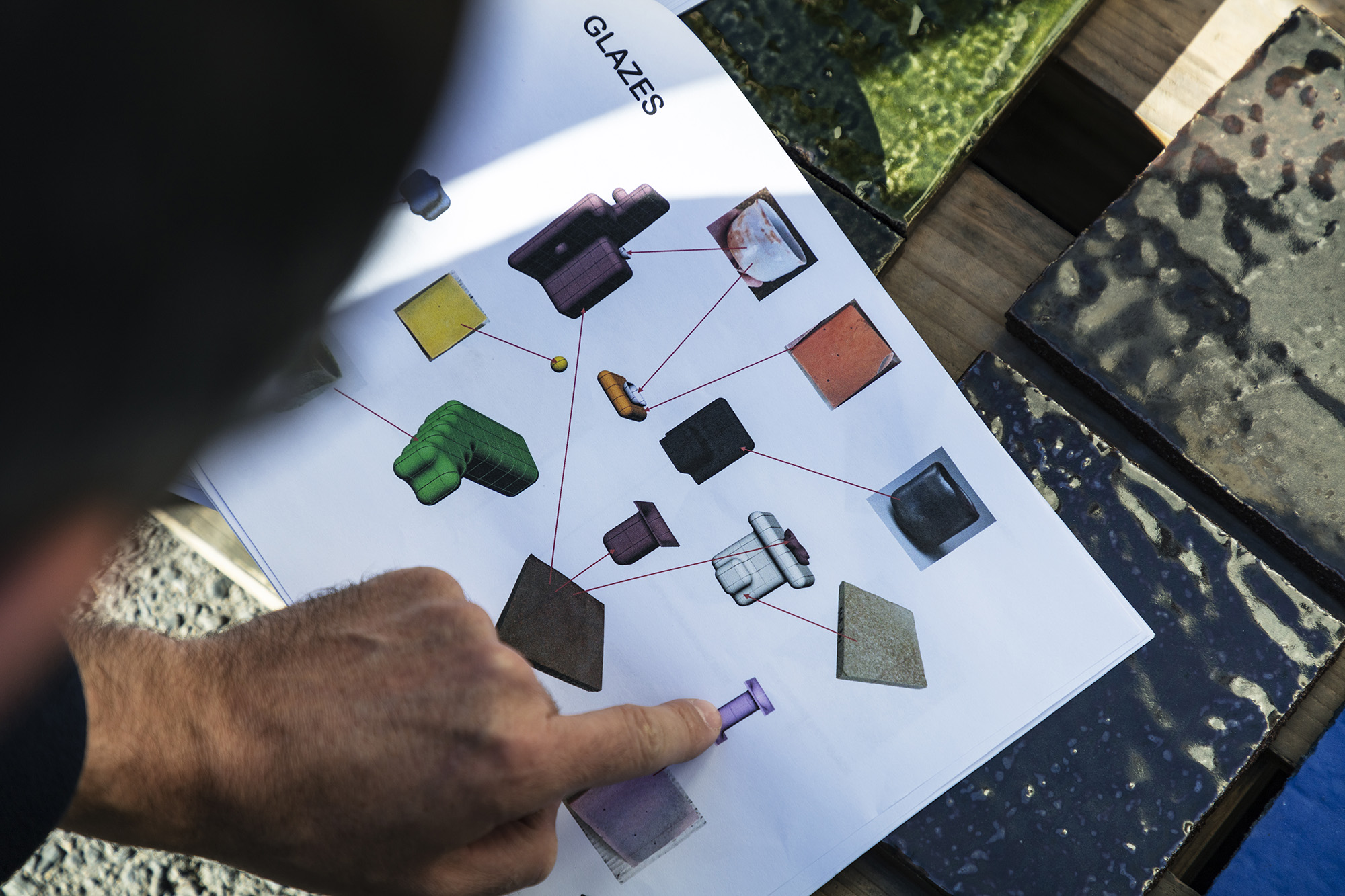 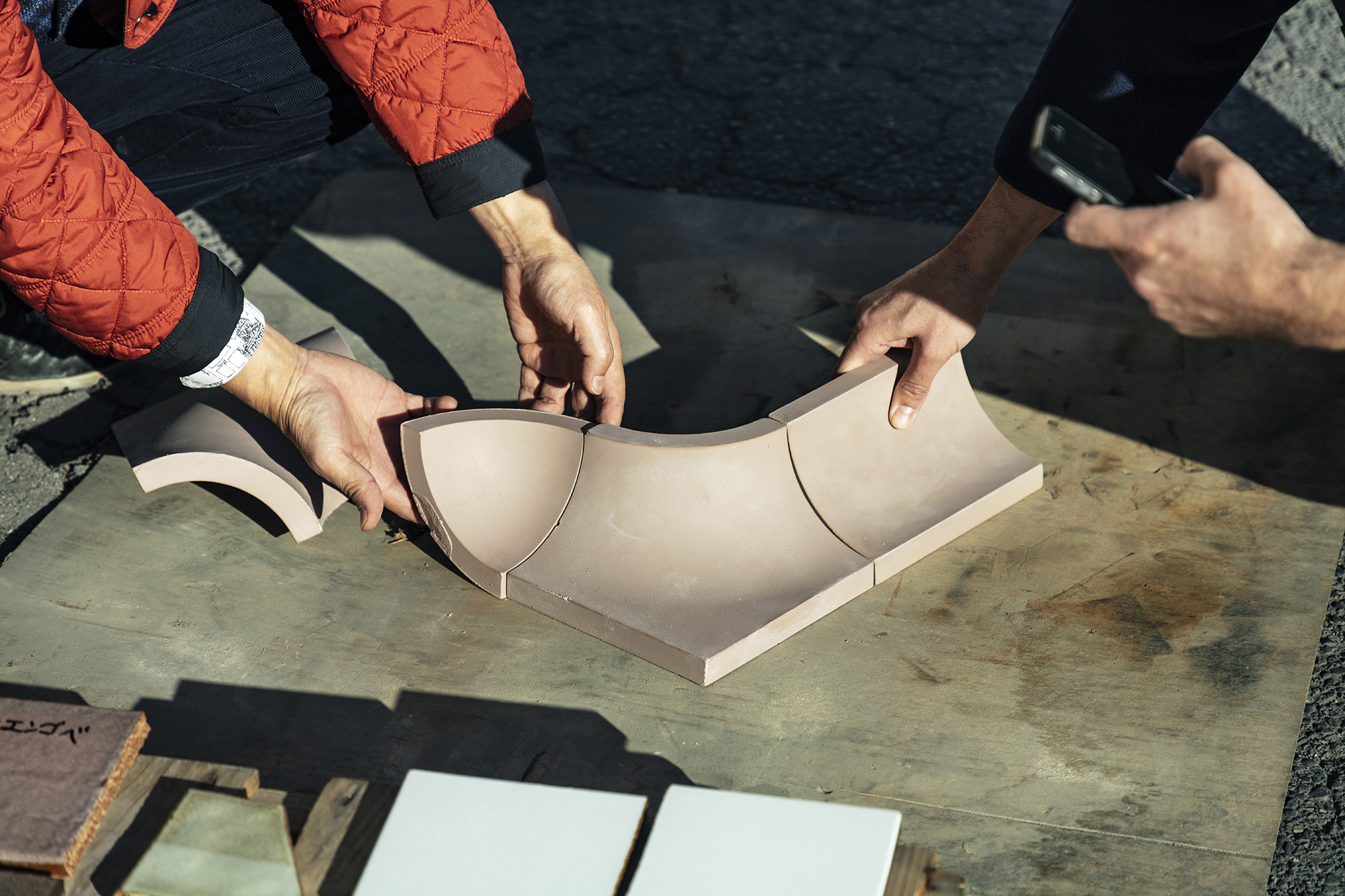 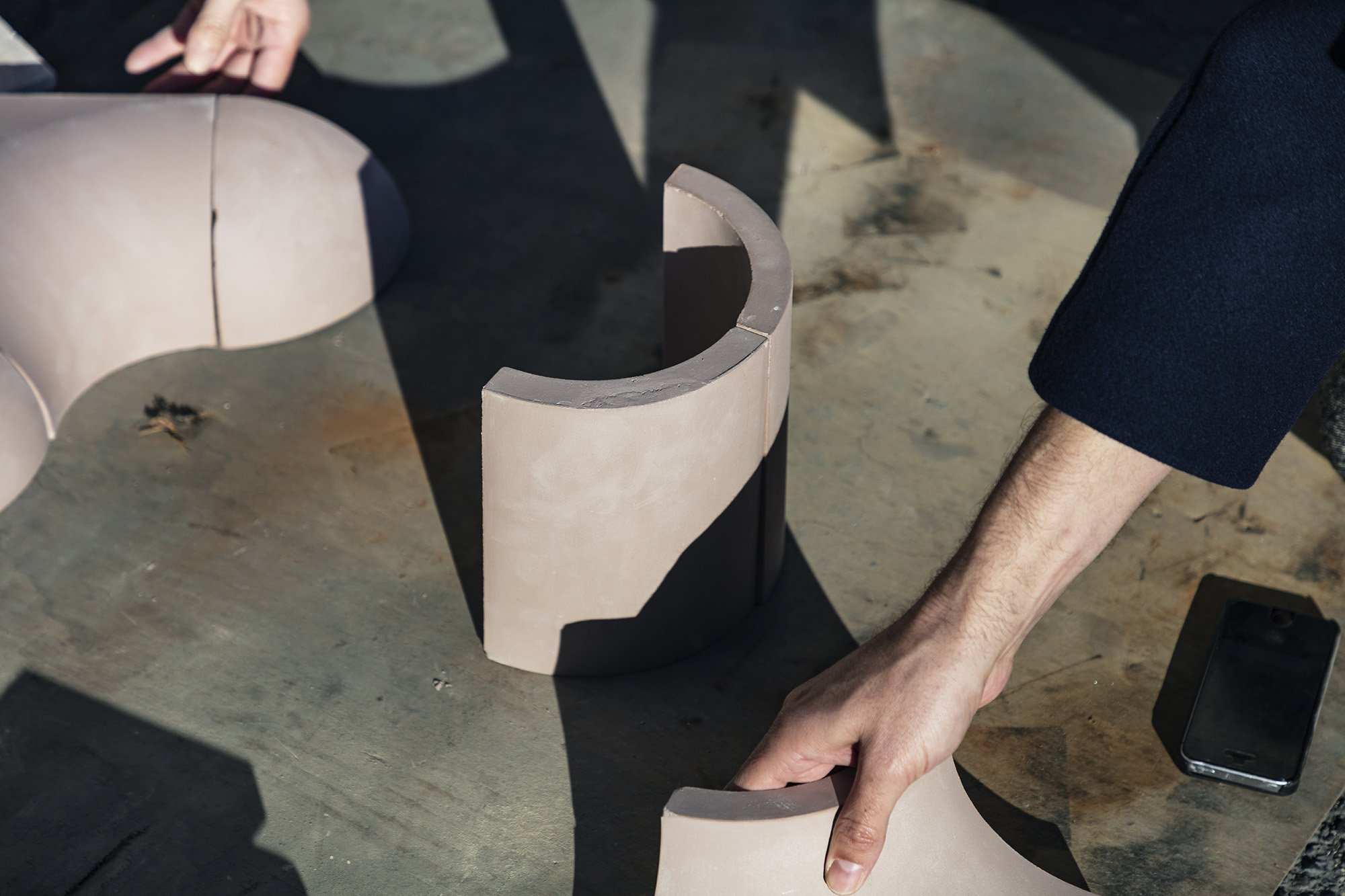 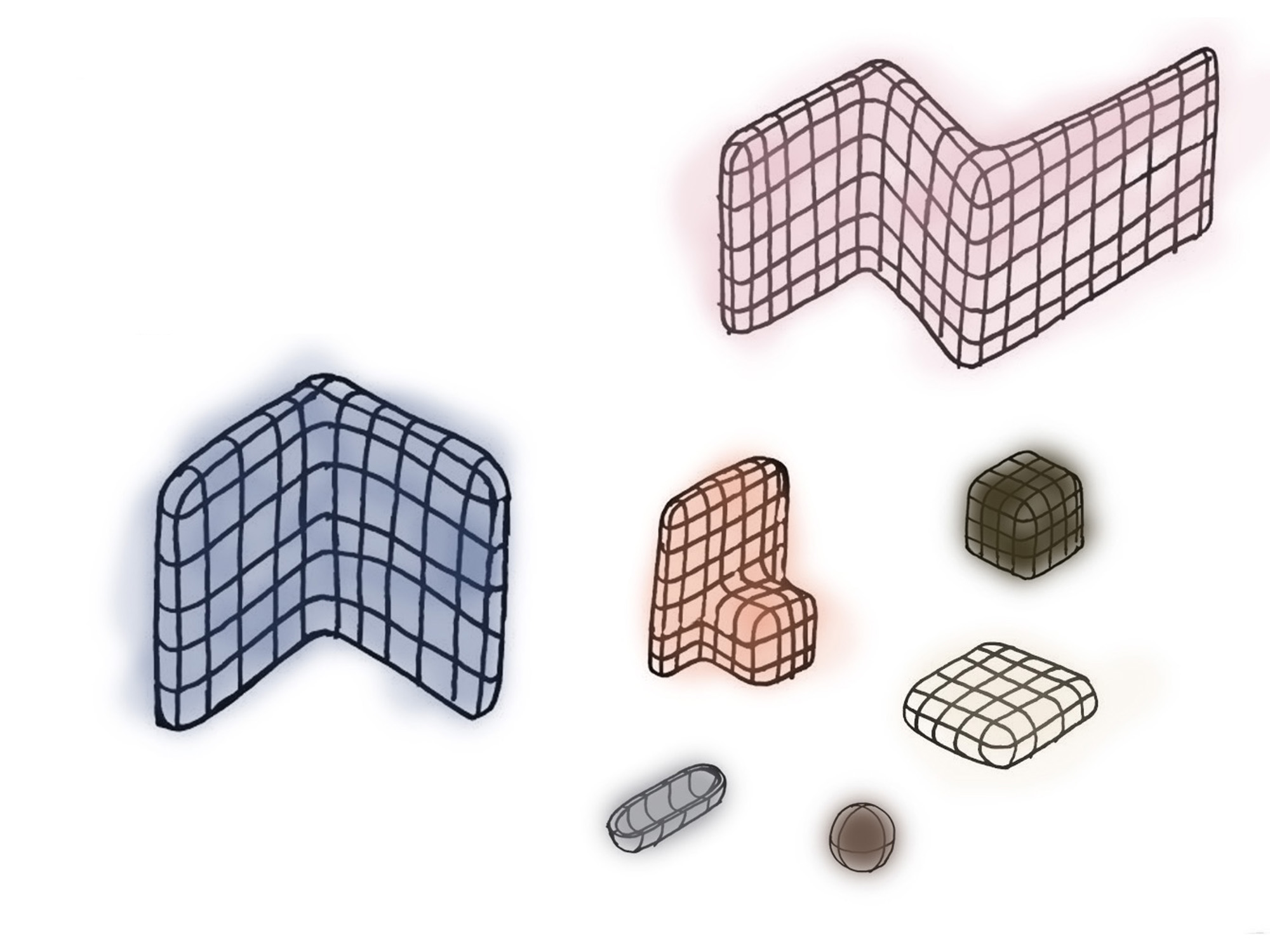 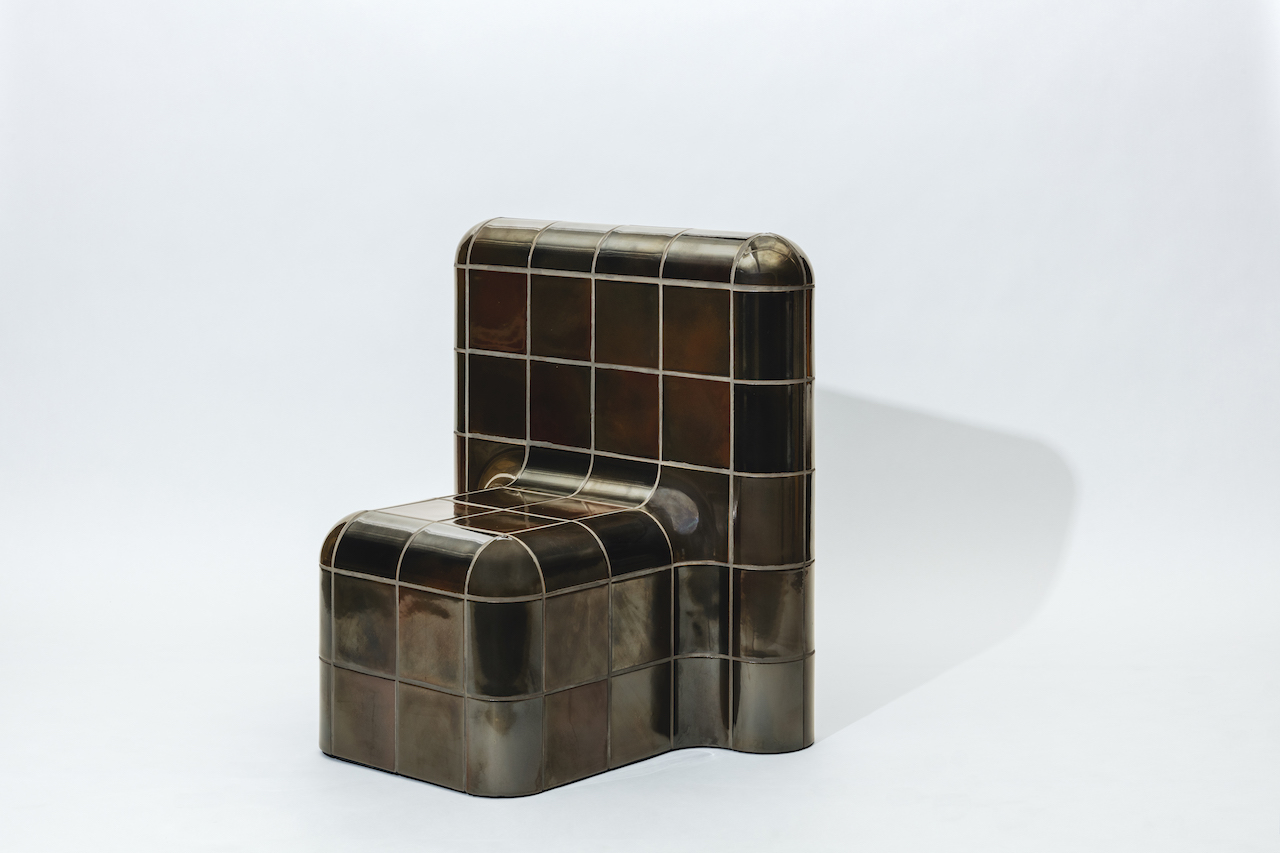 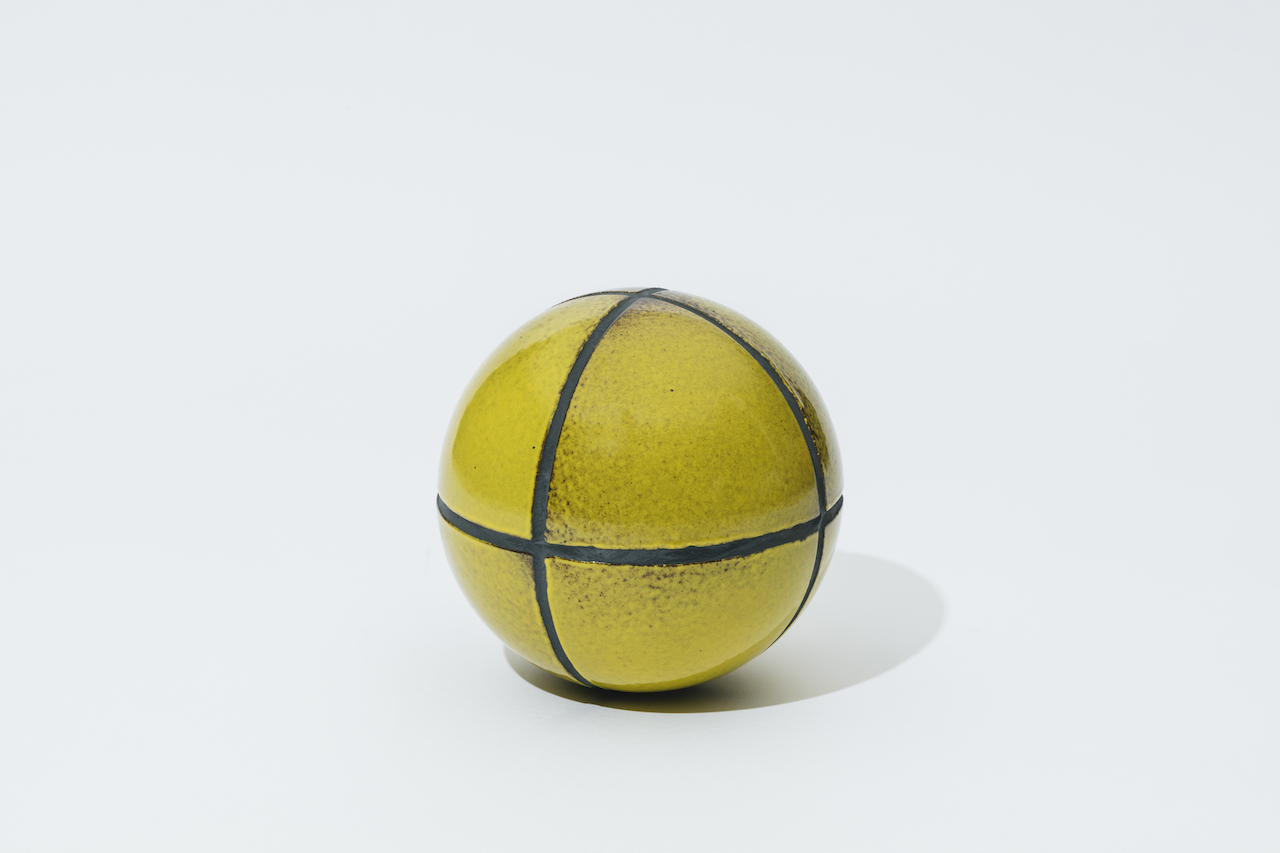 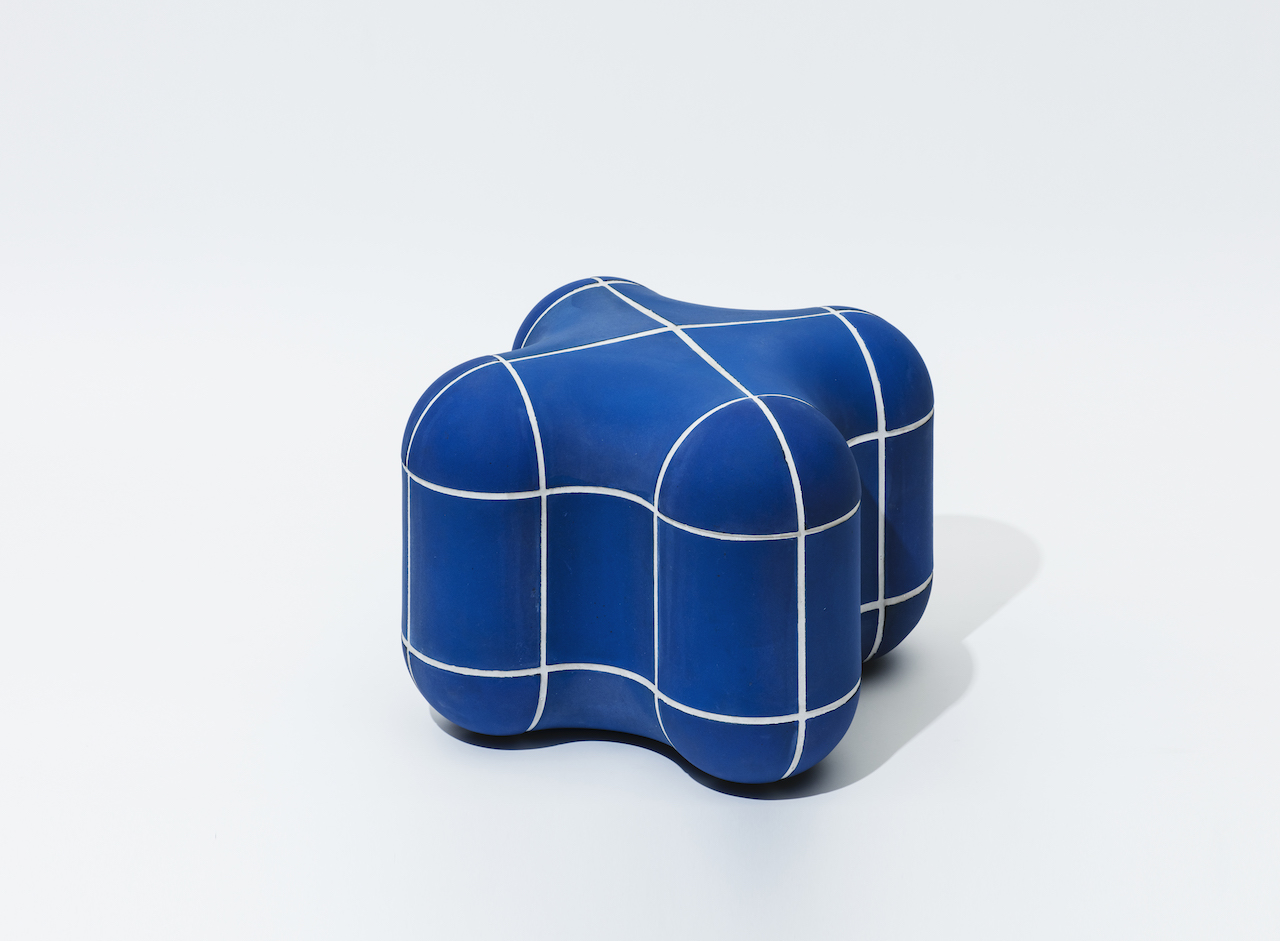 This project, Max showcases what makes Tajimi a unique manufacturing location and what TCT hopes to achieve. He designed a set of modular, 3-dimensional tiles that can create countless shapes, with the resulting objects performing as vases, sofas, tables, benches or partition walls. He used typical clays with characteristic earthy attributes, and special glazes with ambiguous colours harkening to classic Japanes With e tiles. His production method is pressure moulding which allows highly-precise 3-dimensional shapes and patterns. 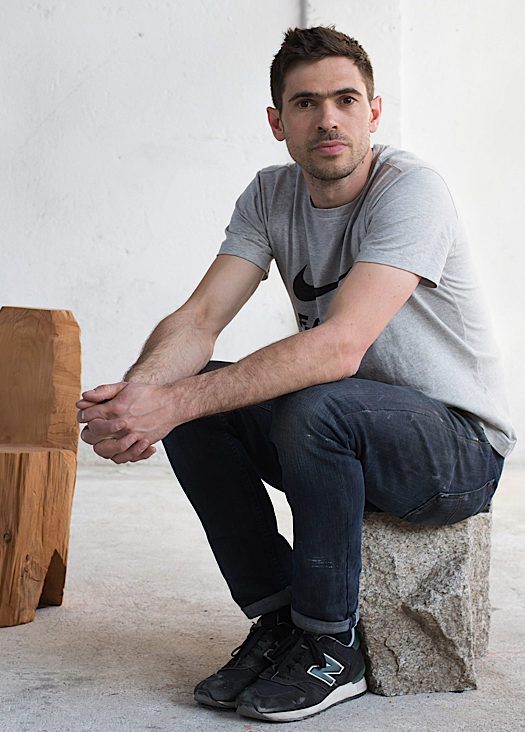 Max Lamb:
A modern-day craftsperson, Max Lamb is a furniture designer with a design sensibility informed by extensive knowledge of manufacturing techniques, respect for materials and skills as a maker. A native of Cornwall, Max has been tinkering with objects and engaging with physical landscapes since he was a small boy. After earning a degree in three-dimensional design from Northumbria University in 2003, he went on to obtain a Master's degree in product design from the Royal College of Art. By 2008 he had started his own practice. Max explores both traditional and unconventional materials and processes, blending experimentation and reasoning to create furniture and products that are both honest and accessible. His work has earned him the Hettich International Design Award (2004) and the Peter Walker Award for Innovation in Furniture Design (2003), as well as collaborations with companies such as Deadgood and Sight Unseen. Max’s designs are exhibited in museums and galleries worldwide, such as the Design Museum and Gallery FUMI in London, the Johnson Trading Gallery in New York, the Wolfsonian Museum in Miami, and Broached Commissions in Melbourne, Australia. Max teaches Design Products at the Royal College of Art and runs regular design workshops for companies and institutions around the world. 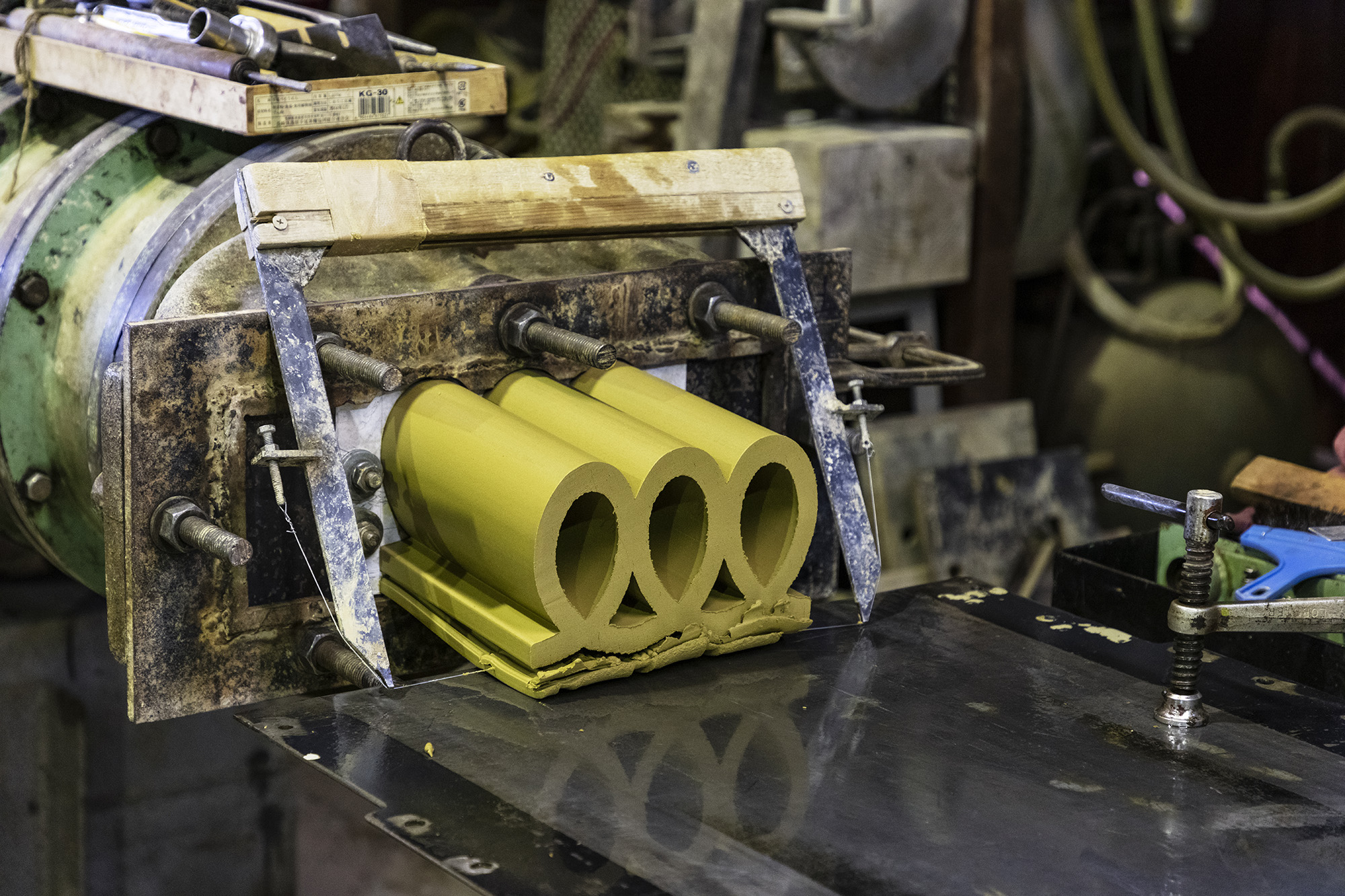 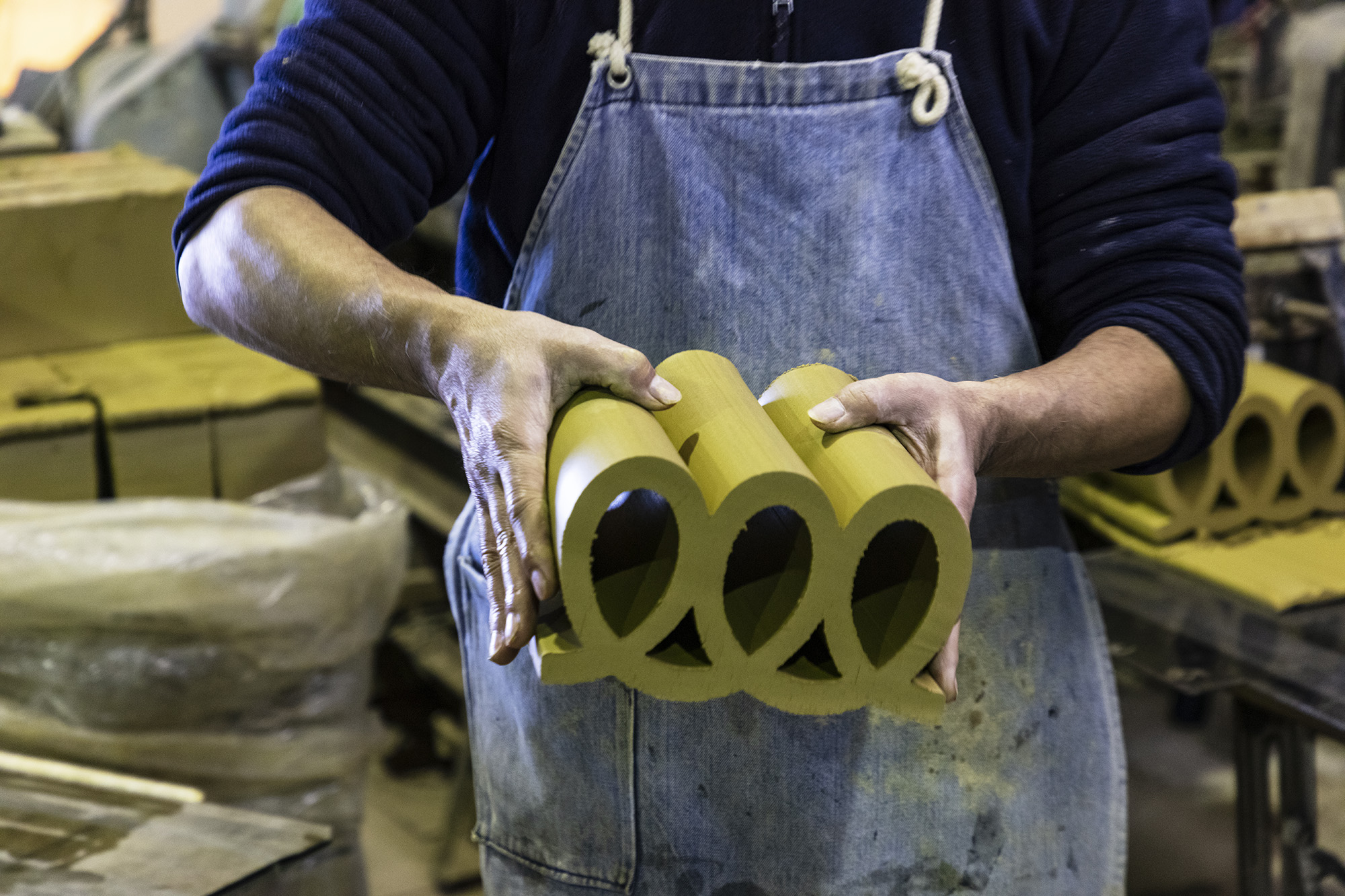 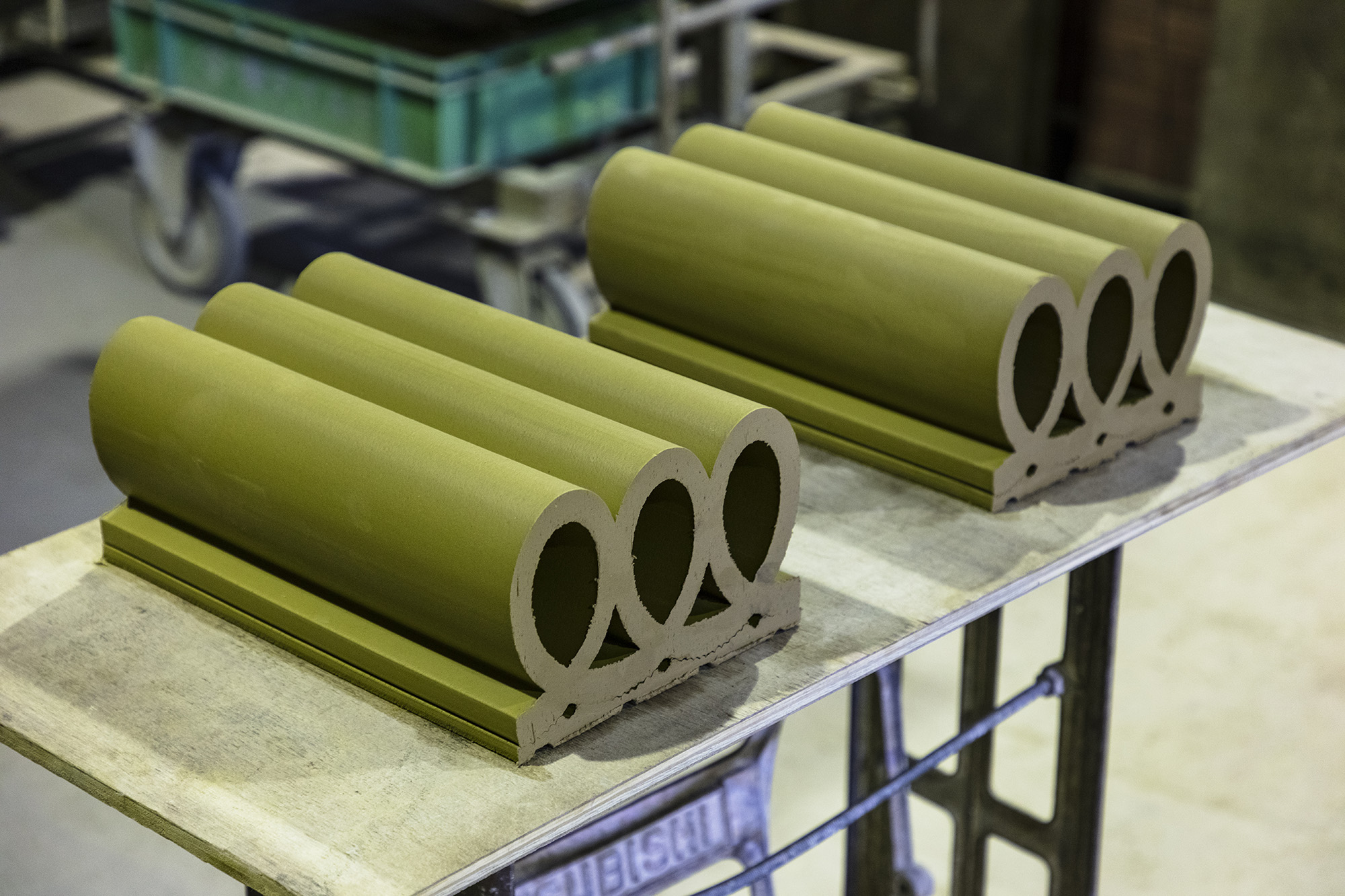 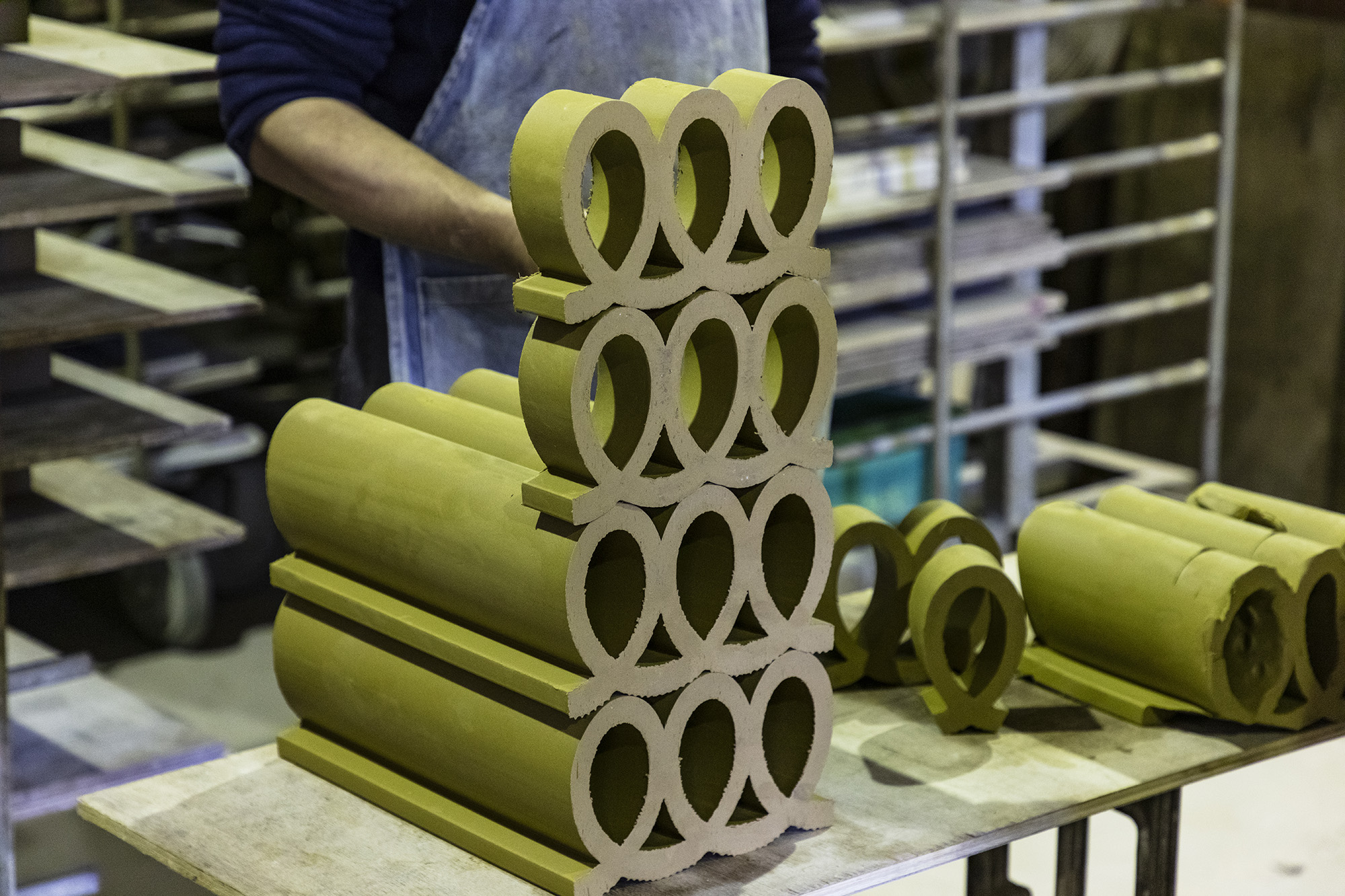 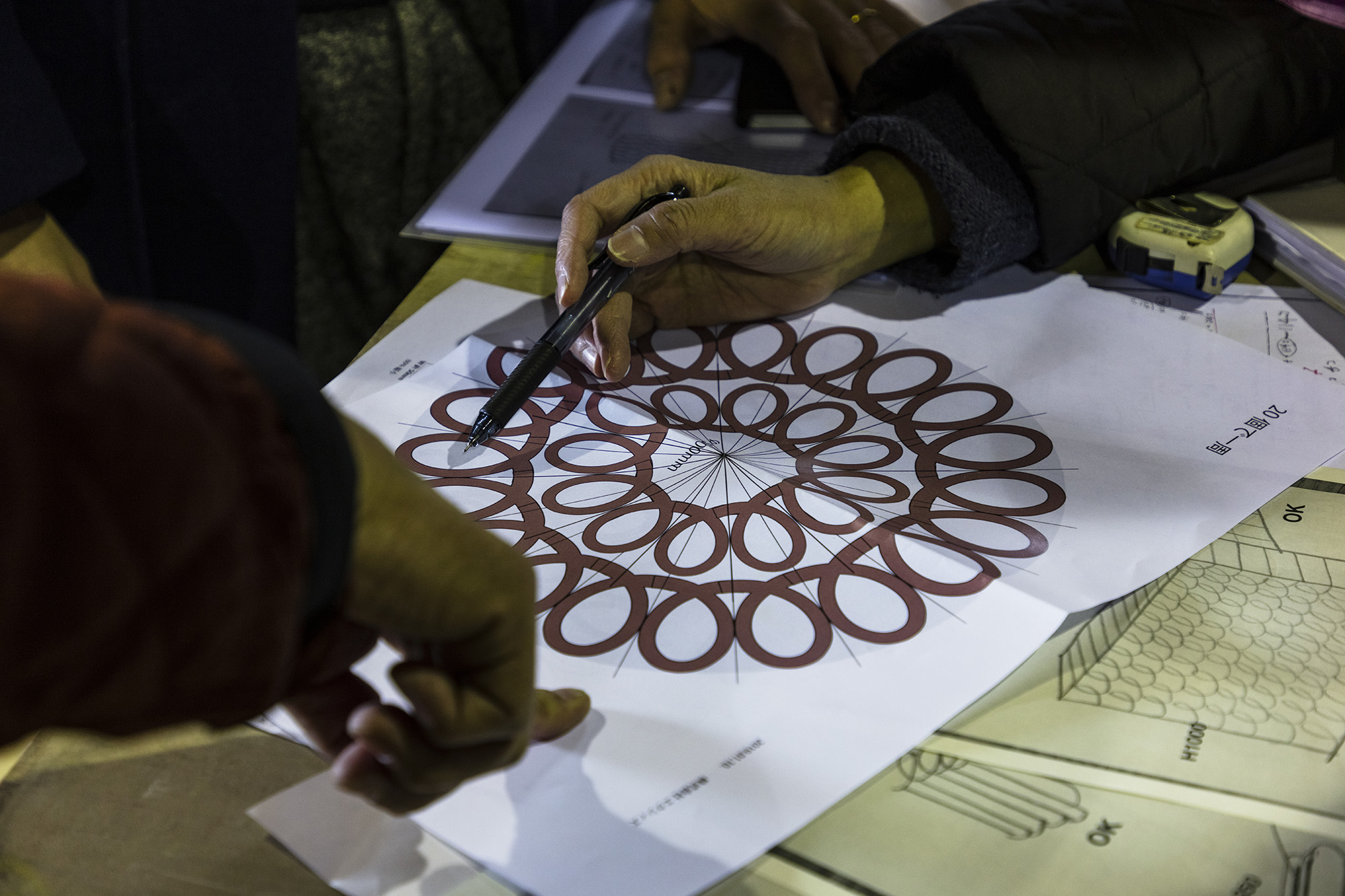 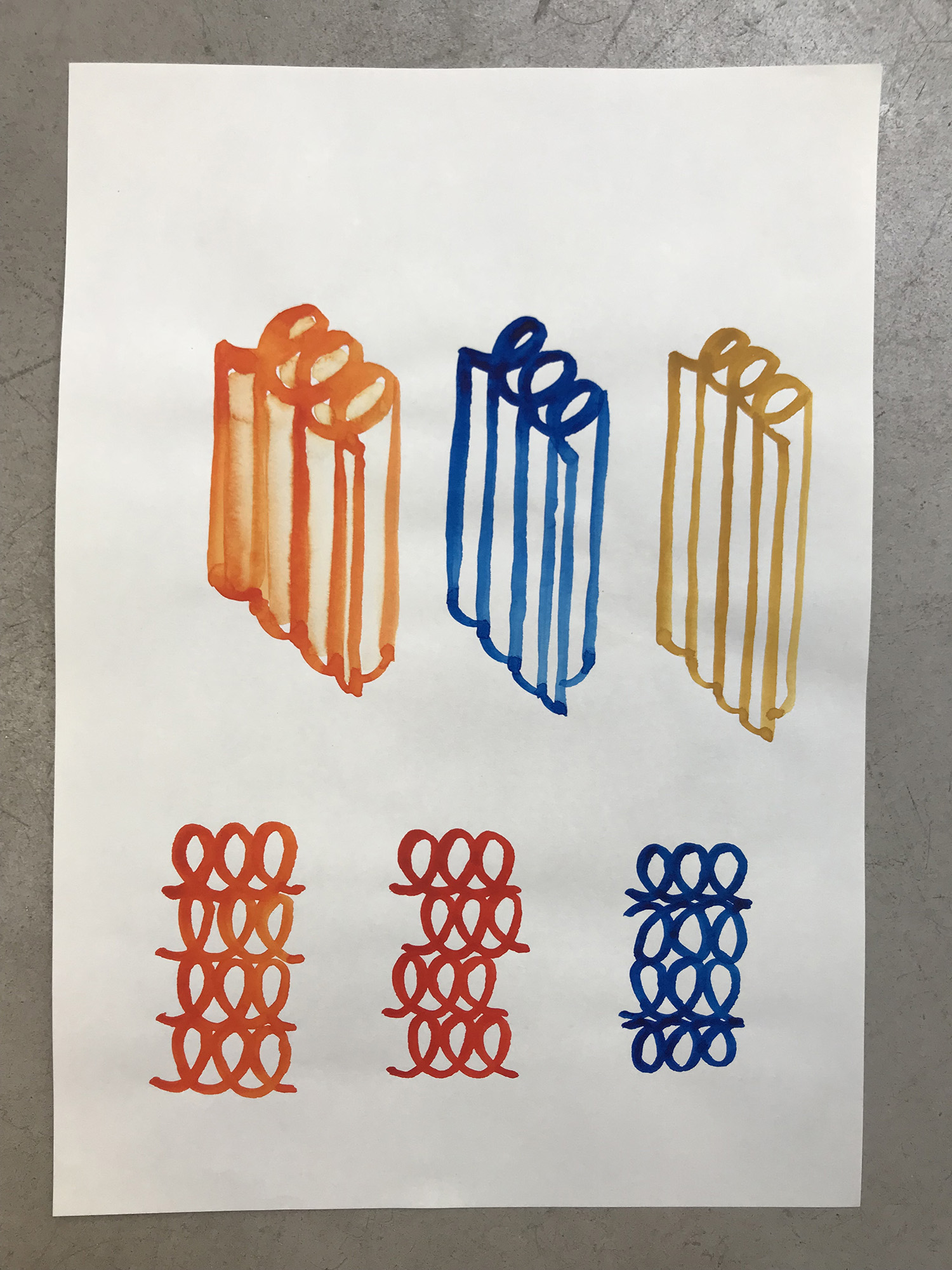 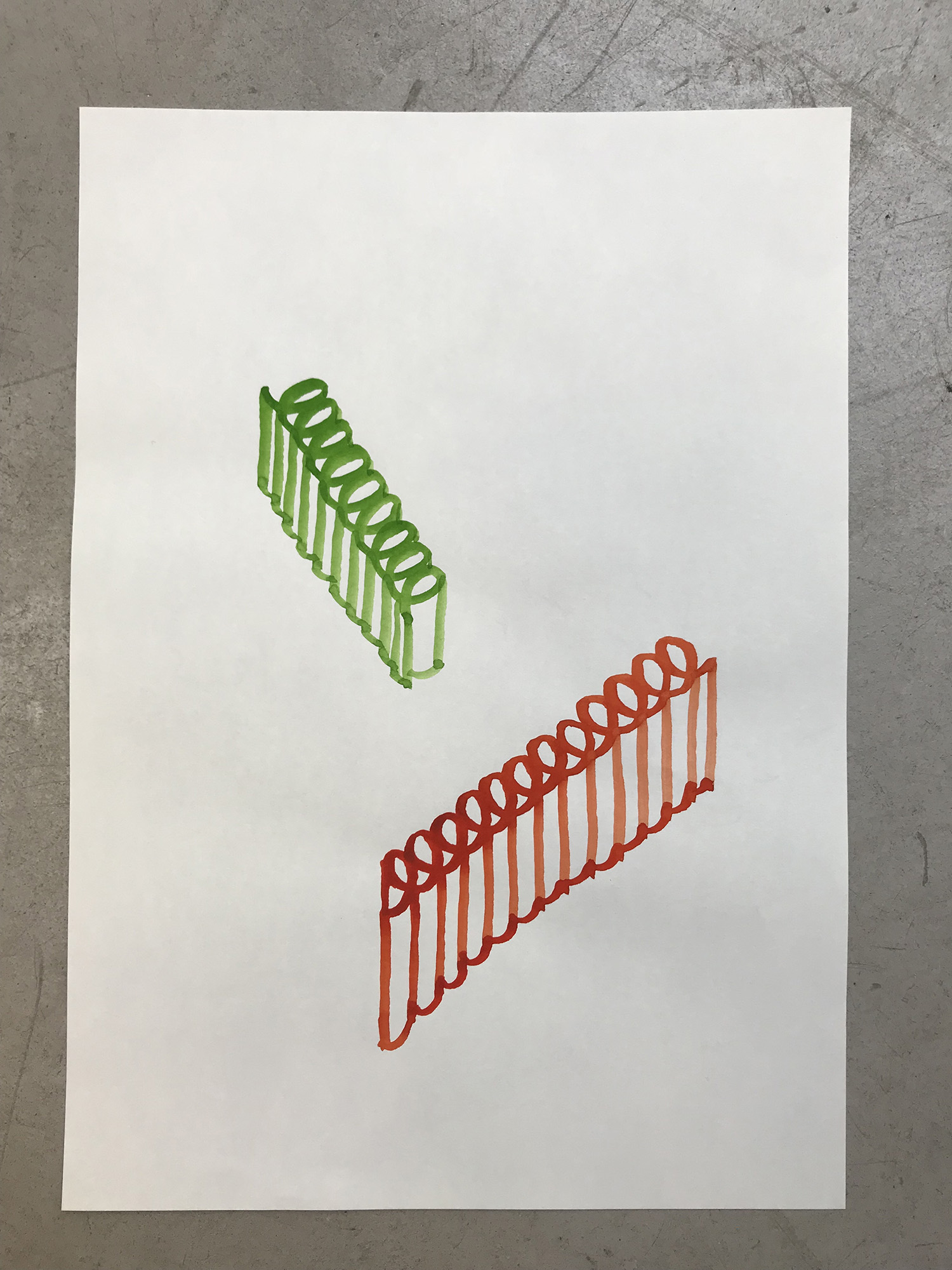 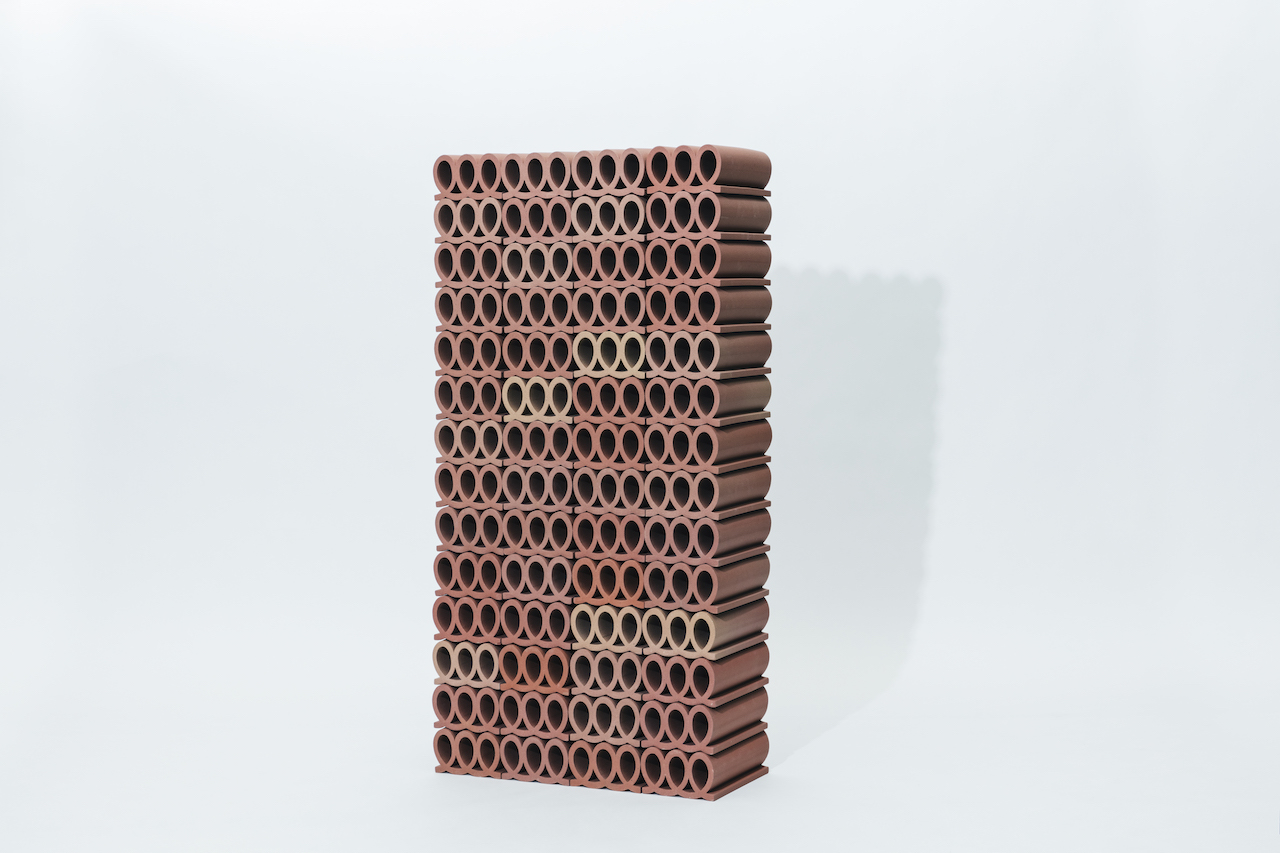 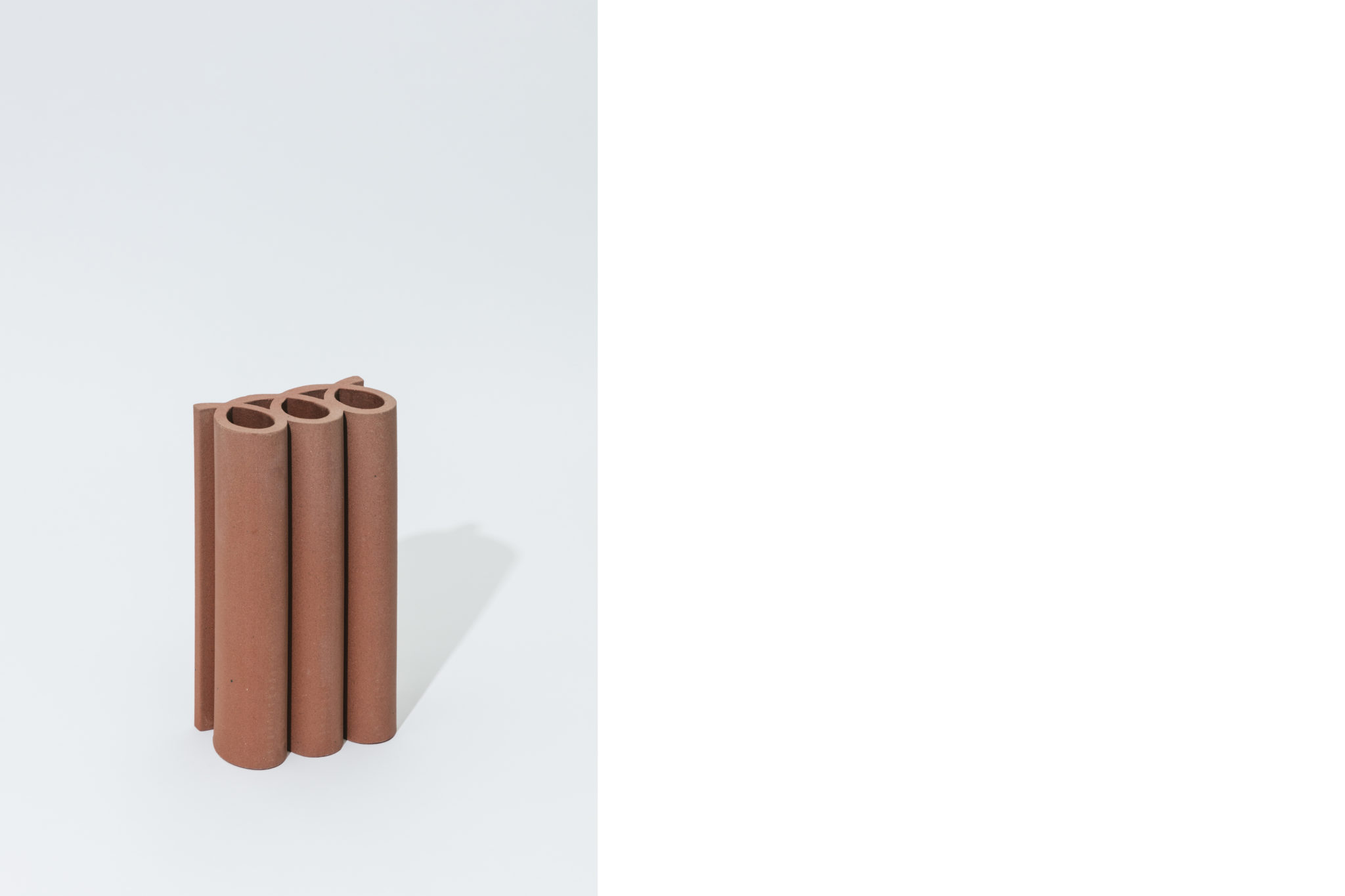 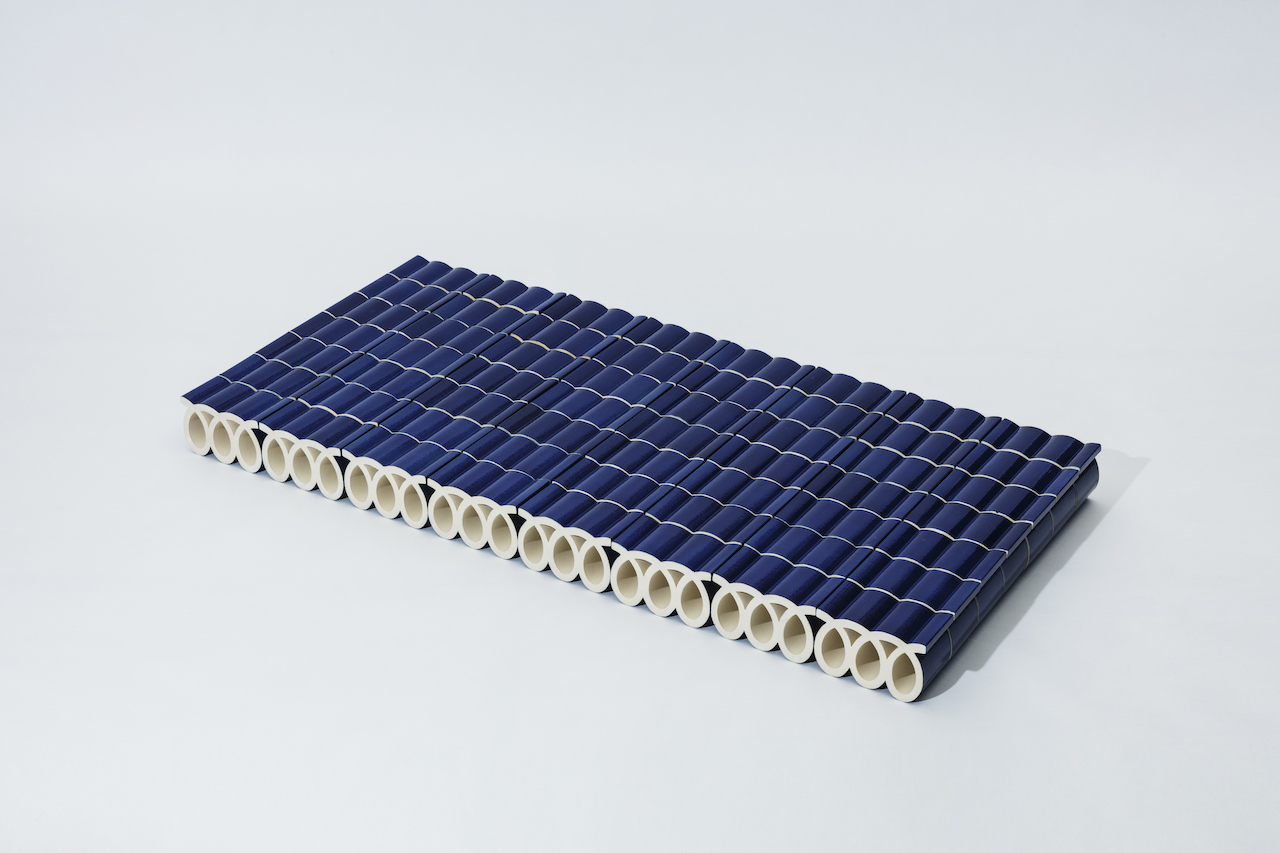 For this project, Kwangho was inspired by one of the typical production methods in Tajimi – the clay extrusion. He created a module with a section in the form of a looped line, that can be extruded to different lengths in order to assume different functions. The modules can be stacked horizontally or vertically to form various basic objects, like walls or benches.
When the modules are aligned, the repeated loop has an almost hand-drawn quality, creating patterns reminiscent of knitted fabric. “Knitting” has been an important theme in Kwangho’s work, and he has explored it often in different materials and on diverse scales. In his work with tiles, Kwangho’s knitting theme creates references to the varying states of clay, from initially soft and malleable to ultimately hard and fixed. 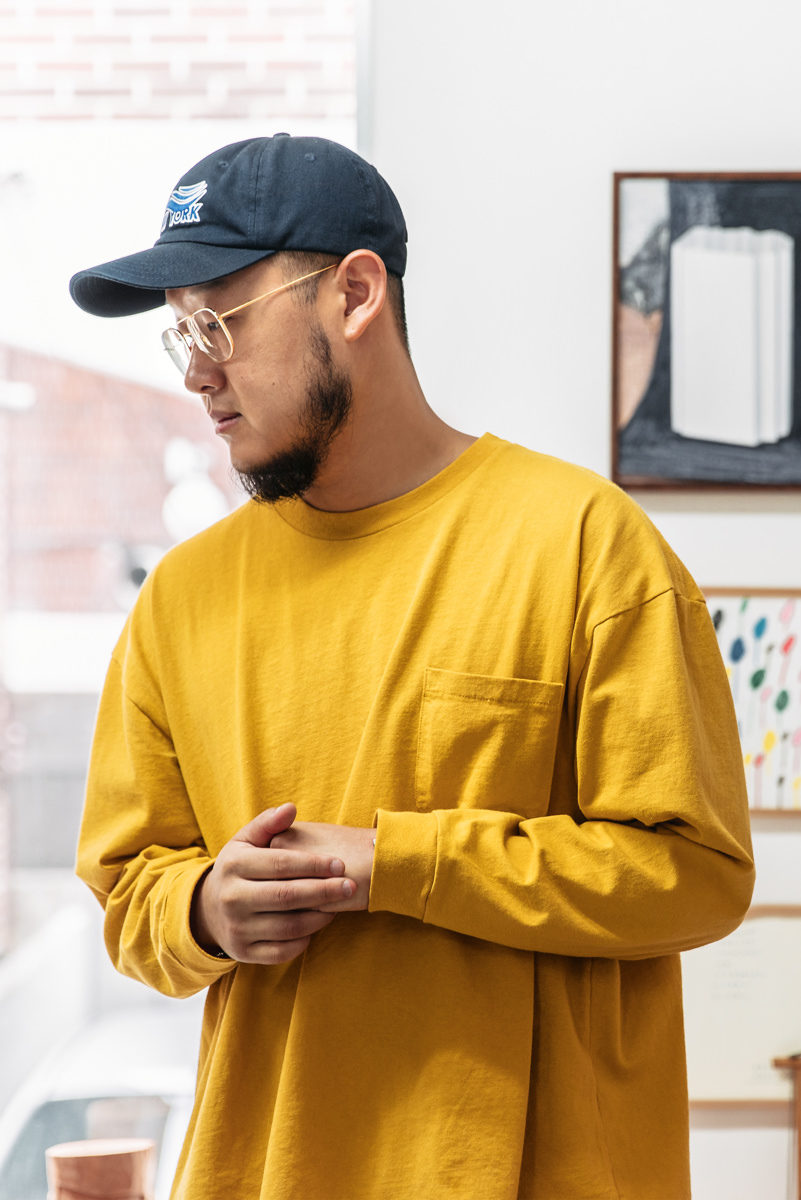 Kwangho Lee:
Kwangho Lee (born, 1981) completed his studies in Metal Art & Design in 2007, before establishing his own design studio in Seoul. Since childhood Kwangho has greatly enjoyed making things by hand, a passion he inherited from his grandfather.  His grandfather was a farmer who crafted daily household goods from the natural materials he found nearby. His grandfather’s influence formed Kwangho’s perspective and way of working.  In his work, Kwangho is always trying to discover, revise and reinterpret the ordinary to give new meaning and function to everyday objects. He does this with a particular interest in the physicality of materials and the joints uniting them, working with artificial as well as natural materials, such as styrofoam, PVC, marble, copper, enamel, steel and ceramic Kwangho was nominated for Jury's Selection of Designer at the Future at Design Miami/Basel, 2009, was selected as Artist of The Year in 2011 by the Korean Ministry of Culture, and Young Craftsperson of The Year by Yeol-a Society for Korean Cultural Heritage, 2013. His works have been shown at Commissaires, Johnson Trading Gallery, Victor Hunt, Karena Schuessler, Clear Gallery & Edition and Gallery Seomi, as well as with group and international exhibitions such as Design Miami/Basel, and Design Days Dubai. Kwangho’s work is in the permanent collection of the Montreal Museum of Fine Arts and the San Francisco Museum of Modern Art, while a number of features of his work have been released in major design publications worldwide.